HOW TO LEARN A SONG

Stuck trying to learn a song from scratch?
Grab our free guide!

I Help people sing and speak expressively and powerfully no matter the level of experience :)

WHERE ARE YOU AT IN SINGING

Get our CLARITY worksheet to help you figure out your next steps on your singing! Last week I published a blog that taught you beginner songwriter tips for singers. We learned how to get started with not only writing the lyrics of your song but also how to shape them into a song structure. This week we will continue working on your song with our songwriting tips for singers, but we will add music to it this time! If you are not a musician all this information will be absolutely new to you, and I will assume you are a complete beginner.

So keep an open mind and let’s get to it!

Beginner songwriter tips for singers –  Adding music to your words! To get started, first we need to understand the absolute basics of western commercial pop music!

In western music, all we have is 12 notes:

These are all the notes you see in a given octave in the piano. Once you reach B, you start again with C, just one octave higher.

The major scale is the first scale you must learn when learning songwriting tips for singers. There are plenty of scales but by far most of the pop songs you hear on the radio are built around this scale. A major scale is composed of a structure that combines tones and semitones in the following order:

So in the C Major scale, the order of the notes that result from this structure are:

There are 12 notes that we have available for us, therefore you have 12 possible major scales. Today however let’s keep it simple and stick to C major scale.

A basic chord in a major scale is composed of a TRIAD. That means that the chord has three notes, which are played at the same time. You have 7 notes in the C Major scale, therefore you have 7 possible triads you can use to compose your songs.

A given chord always is named after its root note or the lowest note of the triad. For example, in a C major chord, the note from where the chord is built is C.

A triad is then built in 3rds: That means that from the root note, you add a third above to find the second note of the chord, and then another third above that to find your third chord note.

And so, in the scale of C major, we have the following chords:

Now, as you can see, in the third column of the above table we can find the QUALITY of each chord. Triad chords in a major scale can be either major, minor or diminished.

A Major chord is usually considered “happy”, and a minor chord sounds “sad”, while a diminished chord sounds quite unstable.

This is how all those chords sound, starting from C major all the way to B diminished and back to C major at the end:

Finding a chord progression that works for your song

There are chord progressions that are commonly used in a lot of different songs and they work well because our ear is used to them.

Perhaps the most common chord progression that you will find in pop music is the famous I – V – vi -IV.

This chord progression is used in many songs, which you can see demonstrated perfectly in this video:

If we used this chord progression in the scale of C major, the order of the chords would be:

You can combine the different degrees of your scale in other ways until you find one that works for your song and you like. Play around it with a piano or guitar!

If you have a piano you can play the chords on it if you have figured out how to do it, or if you know how to play them on a guitar. If not, there are plenty of YouTube videos that just play a chord progression on a loop.

Now is the time to loop that chord progression and improvise a melody on top. Be intuitive at this stage. You will be able to find a melody that doesn’t clash with the harmony. This step will be really easy for some people and a bit harder for others, but with some practice, you will be able to find a melody that you are happy with. If you are able to, record a loop of the chord progression (or play it on YouTube on repeat), then hit record on your phone, close your eyes and spend a good amount of time just improvising melodies for a while. Even one hour! Until you find something here and there that you really like. With that material recorded, you will be able to find again the bits that you did that you really like, and edit them to create a melody for your song.

Adding the words to your melody

Next item in our songwriting tips for singers: now that you have lyrics, song structure, chords, and a melody, it is time to put it all together. Grab your lyrics and find a way to “fit them” into the melody that you have created. Perhaps you will have to modify your melody slightly to make your words fit. Or perhaps you will have to change some words, to make the melody fit.

Songwriting tips for singers: Now it is your turn!

So there you go! This is how you can create your first song. It might take you several days to complete this activity, or maybe just one day if you are keen to spend some good hours creating some music!

Keep in mind that songwriting takes practice. But if you write a song every week for a year, chances are that at least one of them will be really good!

If you want to learn more about singing and songwriting tips for singers, make sure you join my email list HERE.

You are most welcome to join our singing programs in person in Auckland, New Zealand (Unsworth Heights area), or you can take private singing lessons online with me through Skype.

We have singing lessons in Auckland (North Shore area – Unsworth Heights) for adults, kids and teens, and super young kids. We also have group classes for adults! 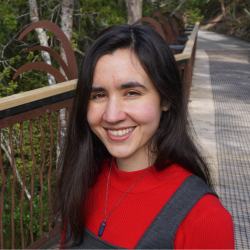 I help people to develop their voice and singing from a holistic approach. I teach vocal lessons in person in Auckland, NZ, and online. Also stay tuned for my new online singing programs!❤️

My greatest passion has always been the voice, music and energy arts.

My personal and artistic journey has led me to understand that the voice and the body are fully connected, and that includes not only the physical body but also the mental, emotional and spiritual body.

Through holistic vocal training you not only learn to become a great singer while taking care of your voice, but you also improve your mental and physical wellbeing❤️

Get the CHEAT SHEET now!

Subscribe now to receive the free cheat sheet - learn to sing a song step by step!